Britain may have thrown a spanner in the Brexit works by going back on something already put to bed.

Any progress made towards Brexit over the past few months seems to have been undone after the UK government unveiled plans to override part of the agreement that had already been negotiated.

British prime minister Boris Johnson will lead a vote in the House of Commons today (September 22nd 2020) in a bid to pass the Internal Market Bill - and it is this legislation that has left the talks in what analysts fear is real jeopardy.

The bill is designed to ensure goods and services can still flow freely through England, Scotland, Wales and Northern Ireland after January 1st 2021, when the current Brexit transition period ends.

Importantly, though, it means the government will have the power to alter aspects of the legally binding EU withdrawal agreement, which it can technically do because parliament is sovereign and can pass laws that override the UK's international treaty obligations.

As part of the bill, there would be no new checks on goods going from Northern Ireland to Britain and ministers would be able to 'disapply' rules relating to the movement of goods.

These might include instances where the EU refuses to grant third-country listing to UK agricultural goods based on 'manifestly unreasonable or poorly justified reasons', the government used as an example.

Other instances in which the rules might be disregarded include cases where the EU might charge tariffs on goods going to Northern Ireland 'in ways that are not related to the real risk of goods entering the EU single market', or require export declarations.

Ministers have insisted their actions are a failsafe mechanism designed to prevent a hard border with Ireland, with Northern Ireland office minister Robin Walker commenting in parliament: "We would hope it will never be necessary to use these powers and we would only do so if, in our view, the EU was engaged in a material breach of its duties of good faith or other obligations."

Mr Johnson agreed last week to give the House of Commons a vote before implementing the bill, although it is expected that it will go through by tomorrow given his majority of seats.

The proposed changes are reported to have infuriated Brussels, which has demanded that the plans be withdrawn by the end of September.

The EU said the UK's actions have "seriously damaged trust" and has even threatened legal action in the form of financial or trade sanctions should it fail to pull the bill - something Mr Johnson shows no signs of doing so far.

German ambassador to the UK Andreas Michaelis also tweeted his displeasure at the latest developments, writing: "In more than 30 years as a diplomat I have not experienced such a fast, intentional and profound deterioration of a negotiation."

Britain's chief negotiator David Frost has said the UK remains committed to forging a deal with the EU by the middle of October, although he admitted "challenging areas" and significant divergences remain, which may now be something of an understatement.

The EU has said the last week of this month and the first two weeks of October ahead of a summit on the 15th are "very crucial" to the entire negotiations.

However, some now fear the Brexit talks - never particularly cordial at the best of times - are now on the brink of complete collapse.

Visit our landingpage for customs clearance software solutions for the UK. 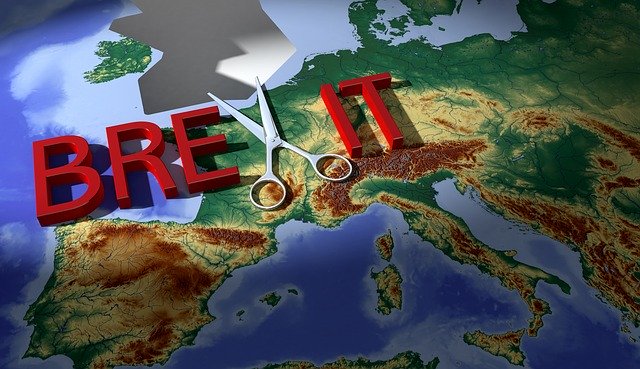