An Enhanced Trade Partnership has been agreed between the UK and India.

The UK and India have agreed a new trade partnership that both sides hope will lay the foundations for a full free trade agreement at some point in the future.

British international trade secretary Liz Truss concluded a five-day visit to India this week and ministers have said the result is an Enhanced Trade Partnership (ETP) to boost bilateral trade and economic relations between the countries.

The deal will make it easier for investors and exporters to do business together, deepening trade ties and allowing products such as Welsh lamb into Indian markets for the first time.

Ms Truss said the deal marks a "new chapter as an outward-looking global Britain", as well as creating "opportunities for UK businesses that were simply not there as part of the EU".

She also called India an "economic powerhouse" and said trade relations there are "absolutely a priority" for the UK post-Brexit.

"Together, we can help set new and better standards for modern trade in the 21st century," the minister concluded.

It comes after foreign secretary Dominic Raab said last year that the UK is determined to forge new deals in future growth areas after having been "too myopically-focused on Europe" in the past.

The partnership is to be formally launched when British prime minister Boris Johnson visits India himself later this year.

Meanwhile, a source at Downing Street told the Daily Express the ETP was a "golden Brexit bonanza" for trade, particularly in the technology industry.

India is the second-largest investor in the UK after the US and invested in 120 British projects in 2018-19, according to the UK Department for International Trade.

Meanwhile, the UK was the biggest European market for India's exported goods in 2019-20.

Not only will Britain no doubt be glad to have forged another strong relationship after its exit from the European Union, but India is also likely to be pleased to demonstrate its commitment to free trade after its controversial withdrawal from Regional Comprehensive Economic Partnership negotiations in 2019.

An agreement with the UK - and the potential for a more substantial deal later on - will also make the Asian nation less reliant on China, which will be an attractive prospect while their relationship remains diplomatically rocky. 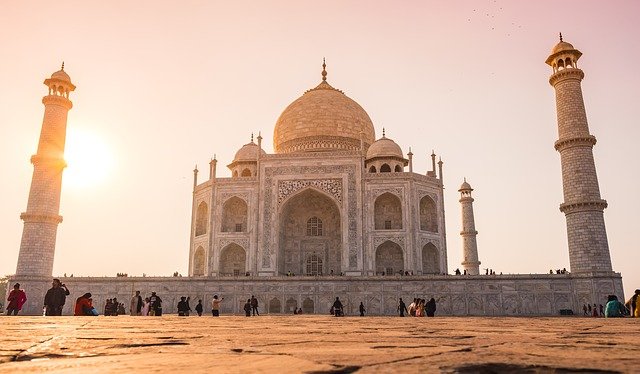