Taiwan was exporting more products than ever last month.

Exports from Taiwan hit a record high in January 2021, despite the continuing global economic turmoil, new figures have revealed.

According to the island's finance authority, shipments surged by 37 per cent last month, far ahead of the 15 per cent forecast in a Reuters poll and significantly more than the 12 per cent achieved in December 2020.

This was the seventh consecutive month of export increases and the highest since records began in 1981. Finance ministry statistics director Beatrice Tsai said the figures made Taiwan one of the strongest nations worldwide from an economic point of view.

The performance was attributed to more widespread digitization with 5G equipment and greater demand for 'work-from-home' products like laptops and tablets, as Taiwan is one of the leading nations in semiconductor manufacturing.

Businesses rushing to trade ahead of the Lunar New Year holidays this month also contributed to this boost in shipments, experts said.

The data showed that imports had risen almost 30 per cent too, nearly hitting another record. As a whole, Taiwan's economy had grown at its fastest pace in nearly a decade for the final quarter of 2020.

It meant that for the first time in 30 years, the island nation's economic growth of 2.98 per cent outpaced that of China with 2.3 per cent, helped in part by its rapid response to the coronavirus crisis.

Breaking the export figures down further, shipments to China rose more than 50 per cent, while the volume of products sent to the US was up 21.9 per cent year-on-year.

However, it is expected that this growth may slow somewhat during February as the national holiday cuts the number of working days available, with analysts predicting increases of between three and eight per cent.

Taiwan has an export-dominated economy and now sends out mostly industrial goods rather than the agricultural commodities that it was once famed for.

According to World's Top Exports, Taiwan's biggest export product groups by value in 2019 were: electrical machinery and equipment; machinery including computers; plastics and plastic articles; optical, technical and medical apparatus; and mineral fuels. 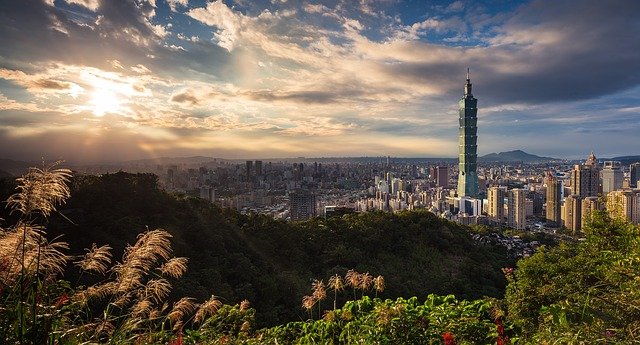