Talks don’t seem to be going well when it comes to Brexit and the Northern Ireland Protocol.

The Northern Ireland Protocol and issues in getting goods moved for traders have continued to be sticking points in the ongoing arguments between the EU and UK over Brexit this month.

British Brexit minister Sir David Frost has warned there continues to be a wide chasm in terms of negotiating positions when it comes to the two sides, even as the European Commission and UK government's delegates meet in person to carry out talks.

Discussions were reopened this month in a bid to iron out the legislation over Northern Ireland's status post-Brexit as a matter of priority. Currently, it remains part of the EU's single market for goods and so shipments heading there from the rest of the UK are subject to customs checks and other red tape.

This is something traders are keen to see resolved in the long term, as it is causing delays at ports and supply chain problems for certain goods.

There was a ray of hope earlier in the month, when the EU appeared to offer an olive branch by suggesting the removal of most checks on animal and plant products in Northern Ireland as part of a revision to the original deal.

However, this does not seem to have eased the tension significantly, with Sir David Frost expressing obvious frustration following that meeting in acknowledging the "fundamental differences" in what each side hopes to see going forward.

This apparent snub by the UK (and Europe's less-than-impressed reaction) has even led to some analysts suggesting the EU may withdraw its peace offering altogether and instead implement sanctions such as tariffs on UK imports - or even terminate the whole Brexit deal and start a trade war.

Speaking in an interview with the Guardian, one diplomatic source said that although he can't see the EU being willing to throw the entire agreement so far on the scrapheap, he wouldn't rule out retaliation.

He added: "It would be a short-term move and not in the EU's interests. But tariffs in the short term is certainly something that people can get behind."

Britain has thus far proven equally unwilling to make concessions, especially when it comes to Northern Ireland remaining under laws supervised by the European Court of Justice.

"The governance arrangements don't work - we need to take the court out of the system as it is now," insisted Sir David.

If this conflict continues, there are fears that the UK could use Article 16 to suspend parts of the Northern Ireland protocol - something former Downing Street advisor Dominic Cummings claims was the plan all along.

Again, the EU is concerned. According to the Financial Times, France, Germany and the Netherlands have been lobbying  EU Brexit negotiator Maros Sefcovic to start contingency planning for a trade war, so worried are they that the negotiations will turn sour.

Trying to reassure the more pessimistic member states, Democratic Unionist Party leader Sir Jeffrey Donaldson said in a Times Radio interview: "I can't see how it's in their interest to [trigger Article 16], and what we need now is to focus on the negotiations."

UK prime minister Boris Johnson has also sought to soothe the naysayers, telling Bloomberg a compromise will be reached eventually.

"Is there a problem with the Northern Irish protocol? Yes there is - but we'll fix that," he remarked.

If he has a plan to do so, Mr Johnson might wish to implement it sooner rather than later. According to new figures from the Office for National Statistics, there has been a 4.3 per cent fall in exports to the EU from Britain as businesses seek to avoid the bureaucracy associated with Brexit.

Once more, as traders continue to be impacted by the effects of this increasingly acrimonious divorce, we must conclude another update with a 'watch this space', rather than a resolution. 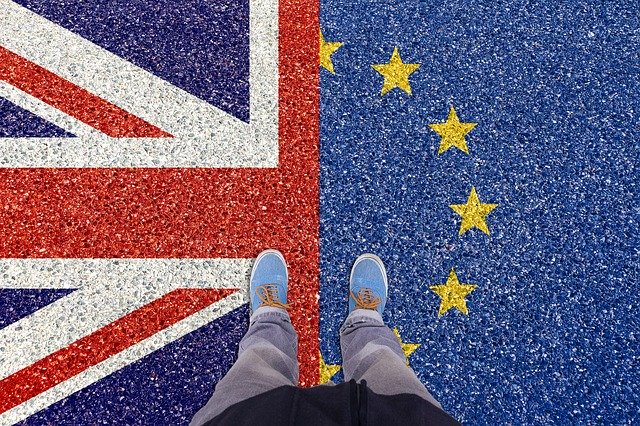