The US and Taiwan both want to reap the economic rewards of trading more with each other, but China is disgruntled, to say the least.

Talks on a bilateral trade agreement between Taiwan and the US are reportedly progressing significantly after meetings between its diplomats and an agreement on meat products.

However, the slide towards greater cooperation is angering China, which sees Taiwan as an extension of its own territory and is already involved in a long-running power struggle with the US.

Picking up threads of negotiation

Momentum was established again on a deal earlier this month, when US undersecretary of state for economic growth Keith Krach visited Taipei.

It came just over a month after US secretary of health and human services Alex Azar jetted to the Asian nation in a symbolic demonstration of support from president Donald Trump (although it was officially to discuss coronavirus prevention).

Since Washington and Beijing established political ties in 1979, the US had mostly shied away from official visits to Taiwan to avoid antagonizing China - but with US-Sino relations what they are now, that tactfulness appears to have fallen by the wayside.

A trade deal with the US has long been on Taiwanese president Tsai Ing-wen's to-do list as the island nation continues to try to distance its own economic integration with Beijing, but the global pandemic seems to have added impetus to the agenda.

This month, she agreed to ease import restrictions on US beef and pork starting next January, which had previously been a sticking point in negotiations.

Washington had complained that a ban in Taiwan on the additive ractopamine - which encourages leanness in farm animals - was a barrier to access for US agricultural products and that it would not advance negotiations until it was addressed.

Although president Tsai insisted the island nation's Food and Drug Administration impose a Maximum Residue Limit on the substance - and despite criticism from the EU, where it is banned - she agreed to a lifting of restrictions on meat containing ractopamine, thereby eliminating a major hurdle to a deal.

"Taiwan-US relations are at their strongest level in decades. This is an ideal opportunity for Taiwan's economic and trade development," Ms Tsai commented.

US senator Marco Rubio had called for Mr Krach's visit as a demonstration of America's commitment to bilateral relations, and he praised the removal of the "sole obstacle" to an FTA.

He also called for the negotiation of an agreement "in a timely manner", as reducing Taiwan's dependence on China is "essential to ensuring the Indo-Pacific remains free and open".

The US has already been strengthening its trade ties with Taiwan during the global coronavirus pandemic in a bid to keep supply chains going, particularly in the semiconductor and advanced technology industries, so many will see this as a sensible move to avoid future trade disruption.

Taiwan will also be looking to improve its global trade standing, as World Trade Organization figures show its economic importance has been falling steadily since 2000.

Meanwhile, business groups said they are eager to see the economic benefits that a trade deal would bring, as well as the potential to increase stability and streamline trade in the Indo-Pacific region.

Taiwan has been shifting its focus away from trade with China for some time after what it saw as a disappointing Economic Cooperation Framework Agreement between the two nations in 2010.

China had agreed to lower tariffs for hundreds of Taiwanese products with an understanding that the list would be increased at some point in the future - but this never materialized, and Taiwan's Ministry of Economic Affairs estimates the agreement now accounts for only five per cent of Taiwanese exports to China.

China lashes out in response

However, if there had been optimism that Indo-Pacific stability might be increased by better US-Taiwanese relations (and that China would ignore its neighbor slipping away economically), this is likely to have been dashed by Beijing's latest response to news of a potential trade deal.

China's Ministry of Foreign Affairs spokesperson Wang Wenbin has ordered the US and Taiwan to "immediately stop" official exchanges, adding: "China firmly opposes any form of official exchanges between the United States and Taiwan. This position is consistent and clear."

More worryingly, China has been sending military aircraft to the median line over the Taiwan Strait since Mr Krach's state visit, something its newspaper the Global Times hinted was a demonstration of the speed at which China could attack Taiwan if it chose.

Although the US government recently said it would sell Taiwan defense drones and missiles to counter the Chinese threat, it may now be forced to re-examine whether or not a bilateral trade deal with the tiny island is worth the economic rewards if it comes at the price of getting dragged into a conflict with China. 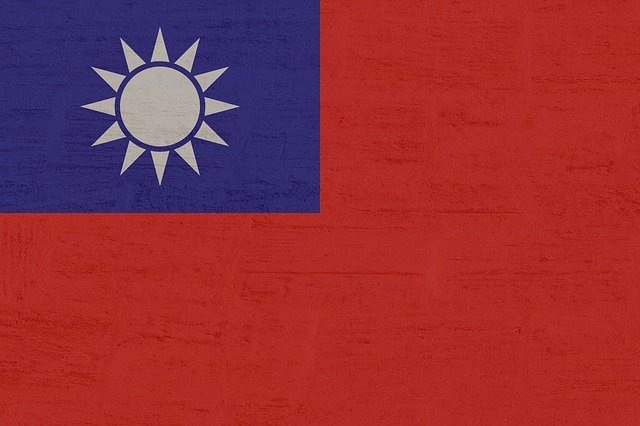